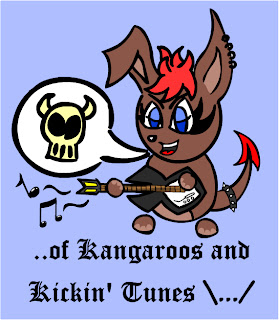 I was thrilled to recently catch a Dazzle Vision gig at the Nagoyan live house, TIGHT ROPE. The night went for about 5 hours with a lengthy line-up of bands. The supporting line-up featured an eclectic mix of bands who played punk, metal, and one, some sort of angry hip hop-screamo hybrid. Much to my amusement I experienced two firsts. 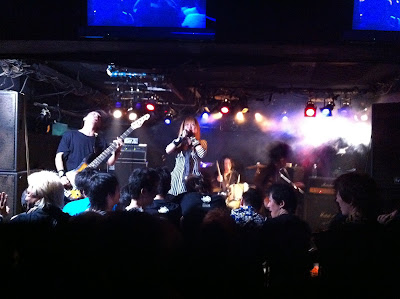 The first one was that there were children in the drinking establishment!! So, this is allowed? Yep. In Australia, kids at a licensed venue is a big no no. It was a surprise to me indeed, but later I realised that it is no big deal in Japan. Whether it be in a live house, an izakaya, or at Hanami, alcohol and children can hang out together, as long as they're just hanging out. I have since seen kids in izakayas both as customers and as staff of family-run businesses. Anyway, yeah, these kids at the live house belonged to the owners it seemed. One of the kids who I'm guessing was 4 years old, had the cutest little Slipknot shirt on. Little man, metal horns to you \.../ Amazingly, the little dude slept through the angry hip-hop performance and practically half of the Dazzle Vision performance.

The second first (?) for me was the Japanese mosh pit!!! Haha, it is a rough and tumble love-in, really. They are pretty high energy and some of the participants like to run around a little and really get a human whirlpool thing going. One of the most metal things I have ever seen was this 4ft-something woman get accidentally clotheslined, decked like the proverbial mofo (not actually a proverb), and promptly get back up, reciprocally bow twice to apology-san and resume her headbanging. 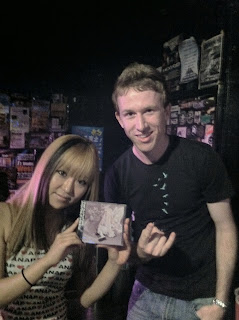 In between sets I spied a girl that I thought could of been Maiko from DV, but wasn't sure. I took a chance and went over and said hi and sure enough, it was her!! I got to have a chat with her which was awesome, such a lucky guy! I also got a photo with her too!! Winning! She was really cool. She was really excited about the band's latest album and also the reception to it. She said later on (if I understood the Japanese correctly), that they had been experiencing full capacity at their gigs in some quite respectable Tokyo clubs/live houses. Great news for them indeed, they deserve to make it big.

Their show was superb. The music was great, effects were used really well and thankfully, Maiko's voice really delivers live. All of the members really get into it too with the guitarists jumping around, standing on speakers and all that, and Maiko ritually jumping around, headbanging and also claiming some speaker-top territory of her own. I especially like the photo of her saluting the crowd. Witnessing her operatic-screamo style live is so much fun. It never ceases to amaze me how she can switch from the throat abrasion of screamo to the meliflous tones of her singing voice. The set was a good length, featuring mostly the new stuff. A great show and I can't wait to see them again!! 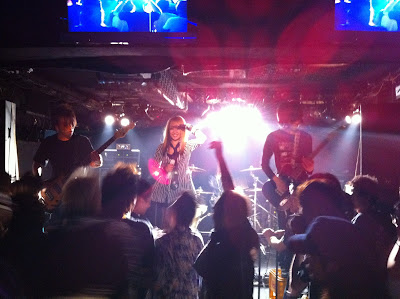 I really look forward to prospecting for more interesting bands in the live houses of Japan. Until next time guys, rock on :D
Posted by Satellite Aria ♪----☽ at 07:15

Email ThisBlogThis!Share to TwitterShare to FacebookShare to Pinterest
Labels: Music