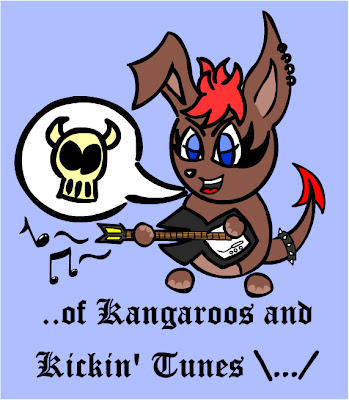 It must be close to being universal. Almost any country you look toward, you can find bands that have decided to choose hilariously weird monikers for their outfit. I don't care what reasons a band may have for doing so, I am just glad they are doing it! So, as a late Christmas present to you all, please enjoy my list of weird and wonderful names from the Japanese music scene.

*Note that this is not an exercise in pointing out Engrish, I have faith that the bands knew what they were doing when they chose their names.

Asshole Unite
Stone Leek - as in, applaud at our gigs or we will punish you with our
Soy Sauce Faith
The Rabies
Oh!Everywhere Thier Exploding (OK this is Engrish, surely they meant "Oh! They're Exploding Everywhere")
Super Beaver
Radwimps (sorry guys, I love your music, but what the hell is up with that name??)
Shit Happening
Anemone is Here
MacDonald Duck Eclair
Garlic Boys - the front row was noticeably absent at their gig.

Fascination with bombs much??
Bomb Factory
Fire Bomber
Golden Bomber
Zoobombs - Just rolls off the tongue nicely doesn't it? Saw them in Brisbane a few years ago, epic drummer.


There are some pretty awesome ones though:

Baricang - This just sounds so powerful. Don't go messing with Baricang! Oh no! He's been Baricang-ed!
The 5,6,7,8s - 50's and 60's style retro rock trio. Hear them on Kill Bill.
Hangry & Angry - One is angry, the other is angry AND hungry.
Metalucifer - That's pretty rock right there.
School Food Punishment - Amen, I feel your pain daily (haha, truthfully, it's not usually bad enough to be considered, 'punishment')


Well, that wraps up another oKaKT! Hope you had fun! I will endeavour to make another fun list in the future. See you later \.../
Posted by Satellite Aria ♪----☽ at 18:00