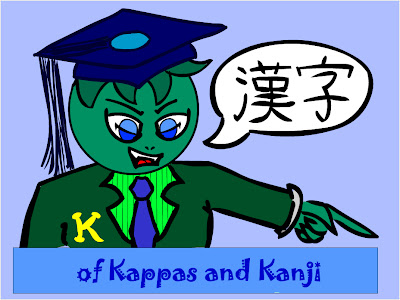 Mnemonics. You gotta love 'em; especially when using them to remember Kanji and the compound words that they make up. As was the case for 恥かしい, sometimes you get Kanji that have radicals, that when put together, can make a story to help you remember their meaning. This time however, we have a Kanji Compound word (a word that is composed of 2 or more Kanji) and rather than use the radicals of the kanji to remember the word, we will use the meanings of the individual Kanji. Also, we will use both the etymological origin of the word as well as a cheesy pun to remember the word even better.

So the word today is 梅雨 (tsu-yu), the rainy season in Japan. It is composed of the Kanji for plum, 梅, and the kanji for rain, 雨. In China (remember this is where Kanji come from), the rainy season commences in June which coincides with the ripening of the plums. The rains will tend to follow for ~3-4 weeks, though there are records of the season going for much longer. In fact, there exists an old proverb which goes, "When the rain falls on the ripe plums, there follows 40 rainy days".  So when we think of the order of the Kanji as the rain that follows the plum, we get a nice mnemonic for the rainy season.

Our second mnemonic relies on the pun of plum and plumb. Plumb has many definitions, but the one we need here is the adverbial meaning of "to a very high degree", "extremely" and "exactly." For example, "The king was plumb crazy," meaning he was completely bonkers. Fans of cricket (all 2 of you, woo!) will also appreciate that "plumb L.B.W." means, to be square and perfectly hit on the pads, directly in front of the stumps, leaving no doubt as to the batsmen being out. So when we think of plum/plumb rain, we can be assured that the rain is by definition, going to mean business/be the real deal. Therefore, the onslaught of 'plumb' rain will occur during the rainy season.

Ok, that wraps up another Kanji with me, Kappa! You'd better watch out for me and my brethren during 梅雨 as the bowing trick won't work as well on us because the rain will replenish the water that you so deviously make us lose. Better wear your running shoes, heh heh heh.
Posted by Satellite Aria ♪----☽ at 13:09