Sometimes, the simplest of teaching materials work the best.... 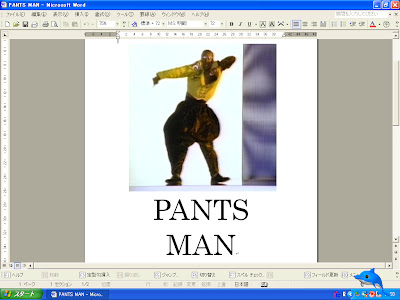 Teaching a chant from Eigo Noto 1 text book. It involves singing about colours and clothes (cap and pants). I make the chant a kinaesthetic exercise and 2 lucky volunteers will get to become "Cap Girl" and "Pants Man" by the simple act of proudly taping my A4 print-outs of MC Hammer or Cap Girl to their chests. The volunteers must (in time with the lyrics) point at their assigned item of clothing and the colours (on flashcards that are stuck to the blackboard). Choosing a Pants Man is always an exercise in hilarity. There is so much laughter, it really gets them motivated. I also get them to do a cool pose for Cap Girl and Pants Man. The chant is one of the better ones in the Eigo Noto universe, so that also motivates them to sing along. Pants man must always be a volunteer as it can be a little embarassing for some (pants or "pantsu" is underwear in Japanese), so let the rowdier mischief makers go ahead and become English-chanting MC Hammers. Also explaining the difference between Pants and Pantsu is a good idea.