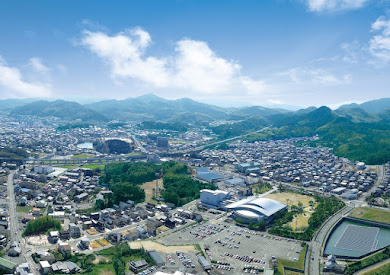 Hello all, Daniel here once again (and for the first time in many years!!).

Over the next few posts, I would like to talk about the town of Okagaki, Fukuoka Prefecture. So, I finished up as an ALT (Assistant Language Teacher) on the JET (Japan Exchange & Teaching) Program in 2014, and in 2018, found myself back on it again, this time as a CIR (Coordinator of International Relations). Over the last almost 3 years, I have been doing my best introducing Australia and the world through cultural events, weekly culture and English classes, and through a monthly column in the local town magazine. As part of my job (and hobby), it is about time I reflect back on what I have learnt and experienced here, and convey stuff about Japan to the wider world! 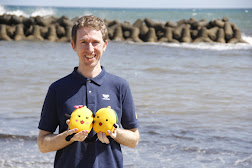 Okagaki is a town of roughly 30,000, sandwiched between the 2 largest cities in Fukuoka, namely, Kitakyushu city and Fukuoka city. It belongs to the Onga district which comprises 3 other towns including Mizumaki (famous for gigantic garlic and tomato ramen), Onga (famous for its river) and Ashiya (famed for a long history of traditional metalworking/smithing). Okagaki itself is probably best known for its production of the popular Takakura Loquat, and speaking of, the town mascots are a cute boy and girl loquat, haha. Their names are Biwasuke (the boy) and Biwarin (the girl) and they love each other, it is adorable! The "Biwa" part of the name is the Japanese for loquat, a small, oval shaped fruit that is a yellow-ish orange and tastes similar to persimmon, though has a softer texture. 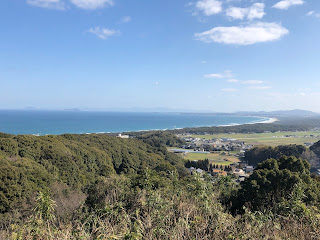 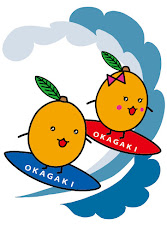 Being conveniently situated between these larger cities and close to the ocean to boot, Okagaki in the past had branded itself as a "bed town", a settlement for workers and their families. In recent decades, however, Okagaki has taken on a life and character of its own, graduating from bed town status and putting much energy into its developlment, making strides in advancing its cultural, agricultural and tourism sectors. Over the next few entries I intend to dive a little deeper on each of these 3 aspects, so please look forward to that!