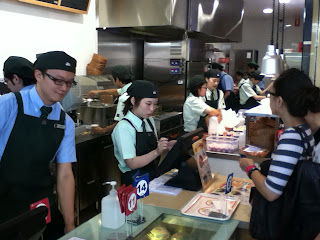 I was terribly excited to hear the news about a month prior, that MOS was opening it's maiden store in Sunnybank, Brisbane. According to MOS Burger spokesman, Paul Su, the restaurant located in Sunnybank will serve as a good test store "because of its high Asian population" and that ''it will give us the chance to start localising the menu for the Australian market.'' 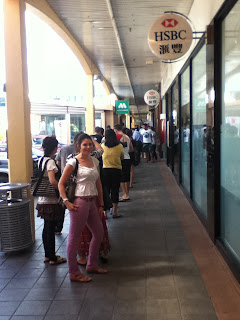 He then went on to say that another 4 stores are planned for the city by year's end. Delicious progress indeed for my home city. So about 2 weeks after it's opening, I and a few friends headed on to see what was all the fuss. For me, this was my first MOS experience, so I was quite excited. On arrival, we got to enjoy another bit of Japanese culture, waiting in a long line, haha. Even at 2ish weeks following it's opening, the restaurant was still bulging at the seams.

Anyway, a small wait later and in we are trying the:
->MOS Burger (Classic/Original/Vanilla)
->The 1000 Vegetable Burger (Warning: contains meat)
->Yakiniku Rice Burger 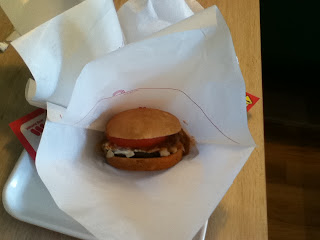 1. Mos Burger
Ok, delving into the flagship model first. The first thing that I noticed on biting into this one was the epic size of the tomato, something that seems to be a MOSism. The onions and sauces gave the burger a very pleasant barbeque grill taste. This in addition to the tasty meat patty made this a nice burger. For a fast food item, the meat patty was very flavoursome and has much more character than the ones on a McD's burger. Bad points were that the tomato I got was really flour-y and the bun tasted a little stale. So overall, I would give this a 7/10. 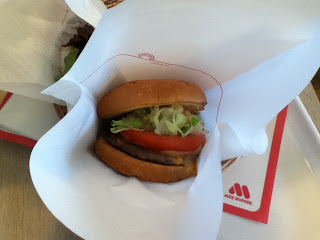 2. 1000 Vegetable Burger
This burger did not have a thousand vegetables on it so it lost points straight away with us, haha. Anyway, this time around, we got a beatifully soft and sweet bun with all components being super tasty and fresh. I assumed that the 1000 would have meant 1000 island dressing or something, but the sauce, though the right colour for it, tasted better than that. So that still remains a mystery, please comment if you know the answer. Everything was delicious so for fast food standards, this gets a solid 9/10. 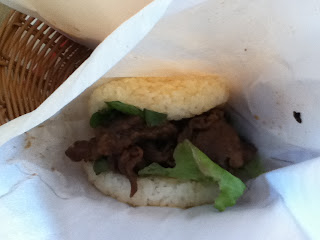 3. Yakiniku Rice Burger
The manifestation of West meets East, the rice bunned-burger containing delicious marinated beef. This was pretty darn good, the meat was tasty and the rice bun was nice. It wasn't anywhere as near as crispy as the pictures seemed, so that was a little disappointing, but nevertheless, a tasty burger worth 8.5/10


Overall, I was impressed by MOS burger Sunnybank. The food was pretty good and the service was great. The line moved fast and the friendly staff gave us menus and took orders in advance to keep the line going. I was also thrilled that the manager understood my "ご馳走様 でした" (thanks for the feast) as we left the store.

Here's hoping we get a Freshness Burger in the near future to add to the growing asian influence in Brisbane.